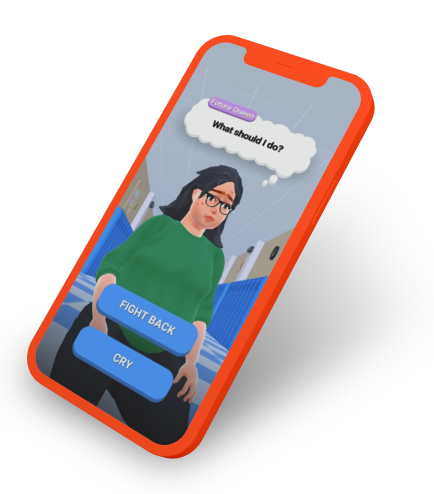 Case Study
Become a Queen reaches top 10 with Supersonic as one of the first narrative-based hyper-casual games
Unlock Games, Become a Queen

Unlock Games is a mobile game development studio based in Cyprus that specializes in hyper-casual and casual titles. Their lean team is always experimenting with unique game mechanics and creating engaging games that users around the globe can enjoy.

To grow their recent narrative-based game, Become a Queen, into a hit, they partnered with Supersonic. Here, Arkadiy Kulikov, CEO and Creative Director at Unlock Games, and Anton Slashcev, Co-CEO and Executive Producer, share what it was like to work with the Supersonic team to build out their distinctive concept and reach the top 10 on Android. Applying a hit casual concept to a hyper-casual audience

Our challenge was to turn a casual narrative game into a simple, accessible story that anyone could enjoy. We got the idea for Become a Queen from a popular casual game that followed a similar narrative, but we gave it a twist to focus on the transformation and progression of a female character throughout her life’s major milestones.

We designed a prototype and tested it with Supersonic - and here’s a fun fact: before getting the results, we tried to guess what the CPI would be (a tradition at our studio). We were exactly on the mark! The game’s CPI was low - it was $0.32, which was especially impressive at a time when CPIs were high across the industry. This signaled to us the concept was marketable and we began building it out with the Supersonic team.

Building out a game with content that never loops

One of the greatest challenges in building a narrative-based game is generating unique content so users never repeat the same scenario. It takes a lot of our developer resources and time to create the quantity of content we need. Plus, this type of game has a difficult QA process because the game isn’t on a loop - every bug is isolated, and we need to address them one by one.

But as we built out the game, we saw users loved playing, and this encouraged us to keep going. Even by the second iteration of the game, we achieved 1400s of D0 playtime - and almost 80% of users who installed the game finished it within the first day.

“Supersonic gave us the freedom to experiment as we focused mainly on the product and relied on them for the other parts of publishing.”

As we continued to work on the build and add more content, the Supersonic team provided valuable feedback. At the same time, we worked closely with their creative and monetization teams to improve ARPU and lower CPI. Overall, the A/B tests we ran together led to an average D7 ARPU increase of over 4%. And we shared ideas for creatives that the Supersonic team used for optimization to achieve a lower CPI. Supersonic gave us the freedom to experiment, and while we focused mainly on the product, we knew we could rely on them for the other parts of publishing, like monetization, UA strategy, and creatives.

With all of the successful A/B tests, creative optimizations, and game improvements, together with Supersonic we grew Become a Queen into a profitable title that reached the top 10 on Android.

By the time we reached launch, we had designed over 1000 builds of the game - this goes to show how unique the development process is for a game like this. Now we’re focusing on creating even more content and improving our monetization strategy. We saw that rewarded video engagement was very high, for example, so we’re testing in-app purchases. We’re excited to continue working with Supersonic to optimize our game even further, continue to climb the charts together, and boost profitability.