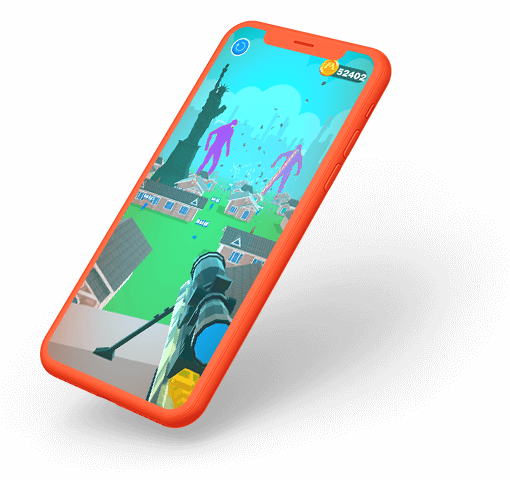 Megatouch is a game development studio based in Chengdu, China, and they’re among the rising tide of small developers focusing on hyper-casual in the past 2-3 years in the region. For their most recent title, Giant Wanted, they looked to Supersonic to help grow it into a hit. Though the early prototype presented the teams with challenges in lowering CPI and boosting in-game metrics, they persevered and made improvements that helped the game reach #1 on Android and #3 on iOS.

Hear from Wei Zhang, Founder of Megatouch, about his experience partnering with Supersonic and overcoming the challenges to turn Giant Wanted into a chart-topper. 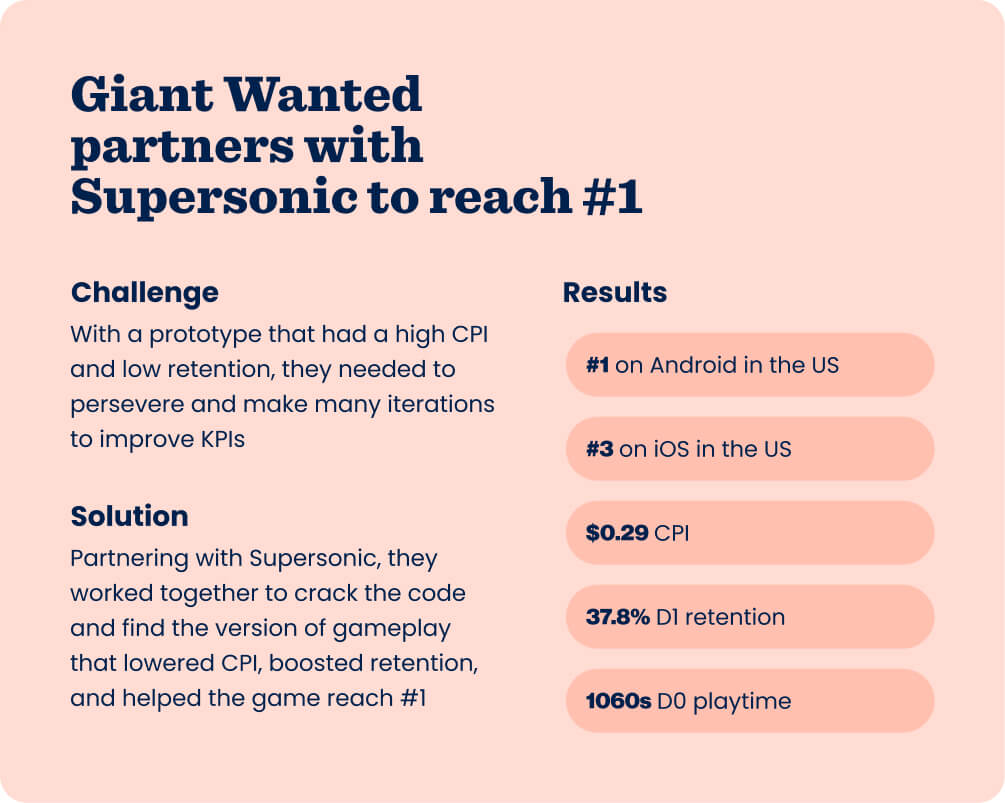 Among the first hyper-casual developers in China

I began my career in games working at SupertapX, which was one of the first hyper-casual development studios in China. While I was there, we published the game Tappy Shots, which achieved huge success and proved that the market in China was ready for hyper-casual games. Seeing the potential for hyper-casual games to become major, profitable hits in China inspired me to start my own studio. Hyper-casual is a good genre for small studios like ours because there’s not much risk involved. The cost of trial and error is low because these games are quicker to design and test, unlike investing months or years of time and resources into games in other genres.

Since establishing Megatouch, we’ve grown to a team of 15 and published 3 hyper-casual games. Then, we had the idea for Giant Wanted.

The concept behind Giant Wanted came to us during a team brainstorming session. Initially, we discussed a new shooter game involving blasting through walls at close range. Then, one of our programmers came up with the idea to include a giant that users would need to target by blasting through walls and buildings - the entire team was excited by the concept.

So we built a prototype and tested it with Supersonic - it had the following metrics: 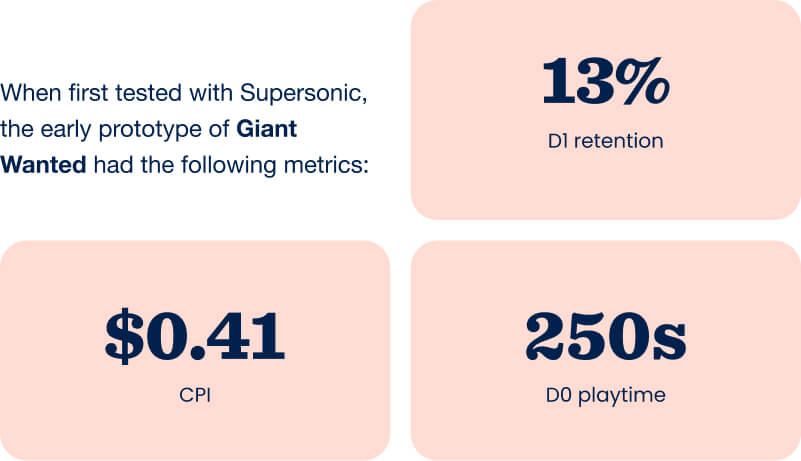 The CPI - though on the higher end - was good enough for Supersonic to see the potential in our concept and move forward with building it out. Working closely with the entire team, we focused on decreasing CPI while boosting in-game metrics - retention, in particular.

Focusing on clarity and user experience

We exchanged ideas with the Supersonic team about game improvements and tried many different versions of gameplay to improve engagement - but CPI fluctuated. For example, an early version of our game had the user aiming at giants as the camera panned horizontally - the creative based on this gameplay had a $1 CPI, much higher than the $0.41 we started with.

Then the Supersonic creative team suggested using elements from the winning creatives in our gameplay. The successful creatives featured a sniper making a kill shot against a giant, and we used this to inform our build by having the user play as the sniper and shoot at the giants using similar art and camera angles. Since we’ve had success with building hyper-casual shooter games in the past, we felt we could apply our abilities to Giant Wanted and design another great shooter. So in addition to integrating the elements from the creative into our game, we polished the core gameplay and made the giants easier to spot and kill.

We wanted to improve KPIs further, so the Supersonic team took a deep dive into our user metrics and saw there was a high rate of user dropoff between levels. Investigating this further revealed that there were issues with load time and the UI. Combined with the gameplay improvements, smoothing the in-game flow based on this analysis helped create a better user experience, which boosted in-game metrics.

Though we needed to make many changes to the game, the entire iteration process was efficient and quick - Supersonic provided rapid feedback and we integrated it immediately. We really appreciated the speed at this stage, which is crucial in the competitive and fast-moving world of hyper-casual.

Next, we focused on A/B tests to make final optimizations before global launch. For example, we made the kill shot a slow-motion closeup, which increased D1 retention to 29%.

Boosting retention to over 37% and reaching #1 on Android

The gameplay and UI improvements, along with A/B tests, helped Giant Wanted achieve the following metrics on iOS: 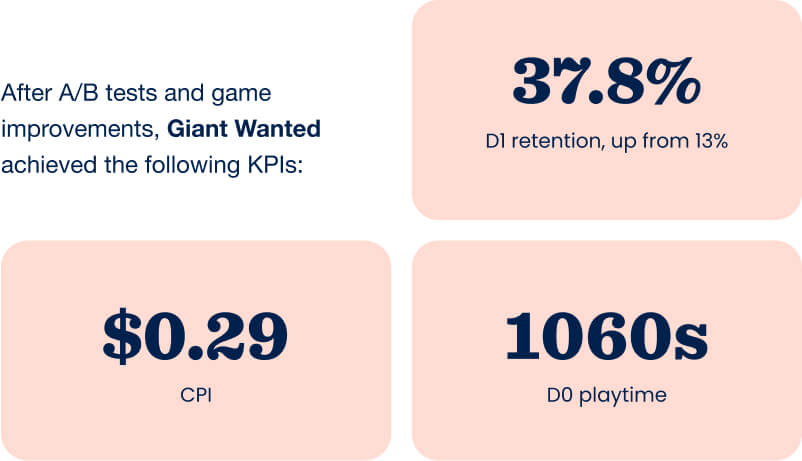 With CPI low enough to scale affordably and retention far higher than the 13% of the original prototype, we were ready to monetize and get to global launch. The game quickly scaled the charts, reaching #1 on Android and #3 on iOS.

Together with Supersonic, we overcame our initial challenges of high CPI and low retention. Their team provided quick, excellent feedback - we applied their ideas to design a polished, finished product together that users clearly love playing.

The input of the entire Supersonic team was important, from creatives that informed our build to the operations team that helped us analyze user metrics and suggest improvements. We look forward to working together with Supersonic again on our next game and create experiences that users across the globe can enjoy.