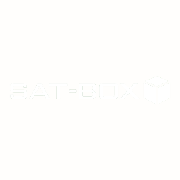 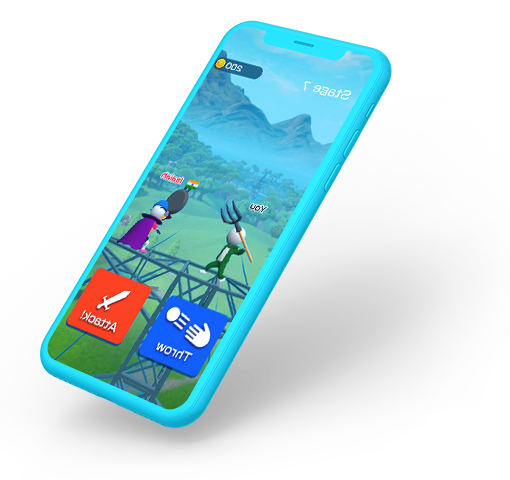 SAT-BOX is a Japanese game studio with over 100 published titles across genres and platforms, like Nintendo Switch, PC, and mobile. They partnered with Supersonic to grow Draw Weapon 3D - their first hyper-casual game - into a global hit, and they achieved amazing results together. Tatsuya Nachi, General Manager at SAT-BOX, talks about the experience working with the Supersonic team and polishing the game to reach the top spot overall apps on Android in the US. 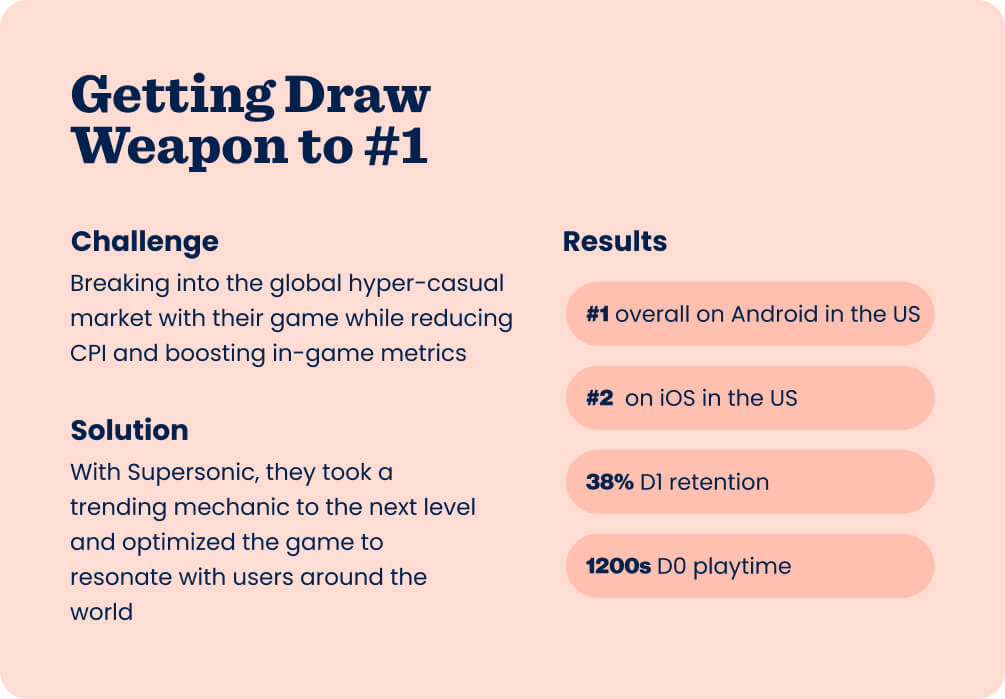 I began working in game development 10 years ago and back then, the studio self-published mostly casual games for the domestic market in Japan. Now, we’ve set our sights on reaching a wider, global audience - getting into hyper-casual development is a great way to do this. With little operational overhead and in a short amount of time, we can design easily accessible games for users around the world.

Draw Weapon was one of the first hyper-casual games we developed that showed real potential to scale globally. So we sought out an overseas publisher to help grow the game - they could help us reach a global audience and provide additional resources, support, and insights to help us scale the game and break into foreign markets.

Taking a trending mechanic to the next level

The idea behind Draw Weapon came from seeing other hyper-casual games in the top charts with drawing mechanics. In many of these games, users would draw simple lines - we progressed this idea by keeping the drawing mechanic and having users draw real objects they could then use in the game.

After building a prototype, we tested it with Supersonic and achieved the following metrics: 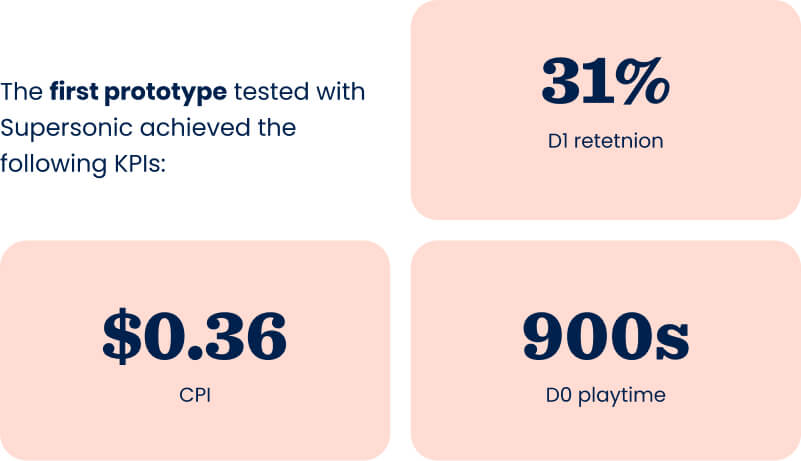 The CPI was good enough to continue to the next stage of publishing, and we started building out the game with the Supersonic team.

Our focus was reducing CPI and increasing retention - we started by expanding upon the initial drawing mechanic. Now, users could draw something that turned into an actual weapon (even if the drawing didn’t resemble the object they were tracing). For example, users could trace a bicycle which during the fight scene at first appears exactly as drawn then transforms into two hammers. By featuring weapons and funny objects that we saw trending in other top games, like a bazooka, fish, and flamethrower, we successfully reduced CPI.

With the Supersonic team’s suggestions and support, we ran A/B tests which improved in-game metrics and revenue. In one of these, we introduced weapon packs as a prize after a level which improved D1 retention by 5%. We also tested interstitial ad timing - implementing the winning version resulted in a 5c uplift of D0 ARPU. As we built out the game and optimized in-game metrics and ARPU, the Supersonic team was helping design and iterate on creatives that improved IPM and lowered CPI.

By the time we got to soft launch, D1 retention had increased to 38% and playtime was up to 1200s. These metrics were a good indication we would succeed, and we were proved right - we reached #1 on Android in the US for apps overall and made it to #2 on iOS in the US while maintaining profitability.

Even though the Supersonic team was on an opposite time zone that left us with only about an hour overlap each day, they provided us with clear feedback and prioritized tasks so we always knew what to work on next to improve the game. We also brought our own ideas to the table - like introducing a Squid Game skin - which Supersonic was very receptive to and helped us implement.

"I felt the support of the entire Supersonic team - they involved us during brainstorming sessions, gave helpful advice, and embraced the ideas we provided."

I felt the support of the entire Supersonic team - they involved us during brainstorming sessions, gave helpful advice, and embraced the ideas we provided. And they did all of this efficiently and quickly so we were never delayed in getting our game to the top. With Supersonic as our partner, I feel confident we’ll continue to scale future hits and achieve our goals of reaching global audiences.