Archers.io wins Supersonic Superstar competition after failing to launch with another publisher 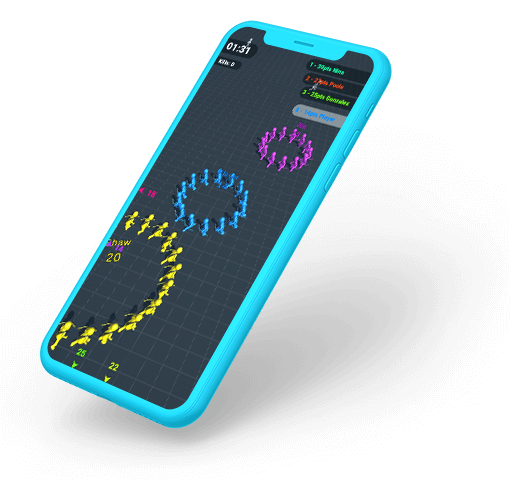 Black Candy is a Mongolian game development studio established in 2018 by Bayasaglan Lkhamdorj. His company is now 8 people strong and they’ve published several hyper-casual games, including Commuters. After failing to launch with another publisher, Black Candy entered Archers.io into the Supersonic Superstars competition, and they worked together to turn it into a hit. Read on to learn more about how Bayasaglan partnered with Supersonic to get his game to the top 10 on the US app charts and win the Supersonic Superstars competition.

From casual online games to hyper-casual

Before I started working as a game developer, I held a job in a software company in Mongolia for 2 years. In 2012, I began to develop Facebook games because they were very popular at the time. Then as hyper-casual games started to gain more traction, I shifted my focus to hyper-casual game development and started Black Candy with Buyanzaya Battsagaan in 2018. I’ve known Buyanzaya for over 10 years - we went to the same school and worked together in the same company before starting Black Candy together. In fact, Archers.io was his initial idea that we then grew into a full game with Supersonic.

The concept for Archer.io came from another IO game in the action category. IO games are multiplayer games, which instead of playing against other real-world users, players fight against bots. These games usually have lengthy levels and good in-game metrics, but marketability can be tough to crack. We wanted to make a hyper-casual IO game by adapting the concept and mechanics.

We made the main characters archers who shoot arrows into other circles, which creates an inherently satisfying feeling. We further adapted the game to the hyper-casual genre by simplifying it and making it more accessible - then we began testing it with another publisher. Archers.io initially achieved promising marketability results and in-game metrics, like retention and playtime. We got as far as the soft launch stage, but then never made it to global launch.

"We still believed in our game and weren’t ready to give up. What other developers said about Supersonic’s transparency and emphasis on sharing information really appealed to us."

We still believed in our game and weren’t ready to give up. We heard of Supersonic because of their success launching Stacky Dash with Born2Play, who like us didn’t get their game to global launch with another publisher, but after teaming up with Supersonic, achieved amazing results. What other developers said about Supersonic’s transparency and emphasis on sharing information really appealed to us. In addition to all of this, the Supersonic Superstars competition was a big draw for us, and we were driven to work harder and faster to win the top prize.

3 A/B tests to rule them all

Once we teamed up, Supersonic suggested running game design A/B tests to improve both in-game metrics and our monetization strategy.

The first test cut the game’s level length from 2 minutes to 1 minute. When each level lasted 2 minutes, it restricted the amount of ads that we could show and lowered ARPU and LTV. A level duration of 1 minute was the sweet spot that let us show more ads and boost revenue without affecting the user experience and other-in-game KPIs. Reducing the level duration also made the game feel more like a hyper-casual game, which usually has shorter levels.

"Following Supersonic's recommendations helped us get through to global launch efficiently and achieve great results, like reaching #7 in the US on iOS and becoming profitable within the first month of launch.

Compared to other top hyper-casual games, Supersonic felt Archers.io was too difficult, so for the second A/B test they suggested we try creating versions of levels that were easier, like those with fewer enemies. The goal of the test was to improve in-game KPIs like retention and playtime, which we succeeded in doing - D1 retention increased 2% to 40%.

The final A/B test - and the one that made the biggest impact - involved testing boosters, like shield and speed boosters. Giving users these add-ons at different levels had a dramatic effect on retention and playtime:

A seamless feedback loop to reach #7 in the charts

Supersonic made frequent suggestions and provided feedback quickly - following their recommendations helped us get through to global launch efficiently and achieve great results, like reaching #7 in the US on iOS and becoming profitable within the first month of launch. Working with the team to run the A/B tests together through their platform was very easy, and we valued the transparency of the insights we accessed through the dashboard. We were even able to see how Supersonic handled the UA side by creating and testing many versions of creatives. Their video iterations managed to keep CPI low at $0.19 and expanded our audience so it didn’t skew so heavily male - our original user base was 90% male, and now we’re closer to 50/50 male and female.

Working with Supersonic was a great partnership that felt like our opinions and ideas were just as important as their recommendations. We were committed to implementing the Supersonic team’s feedback and improving our game with their help, but we also brought our own ideas and suggestions to the table. Plus, their transparent approach gave us greater access to data so we could move more quickly and make more informed decisions about game design optimizations that helped our game launch quickly and successfully. In the end, we placed 2nd in the Supersonic Superstars competition, improved our in-game metrics, optimized monetization, and found a true partner in Supersonic.

iOS in the US 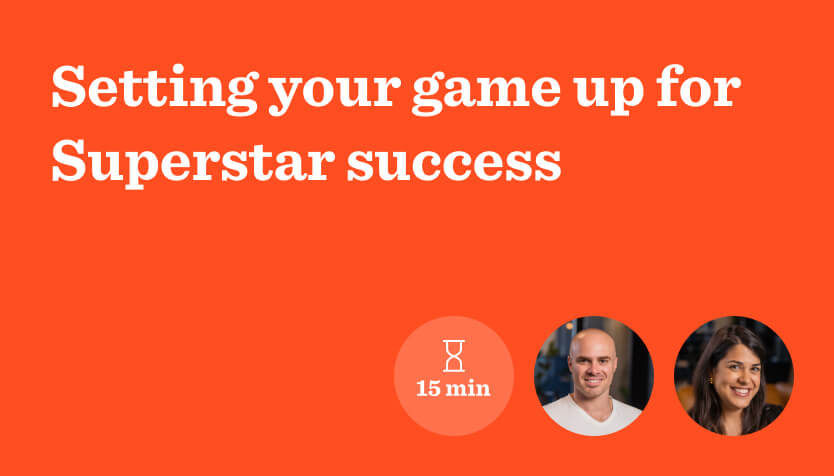 WebinarHow to get your game ready for Supersonic Superstars - and beyondNadav Ashkenazy, SVP Supersonic, Melissa Zeloof, VP Marketing at ironSource