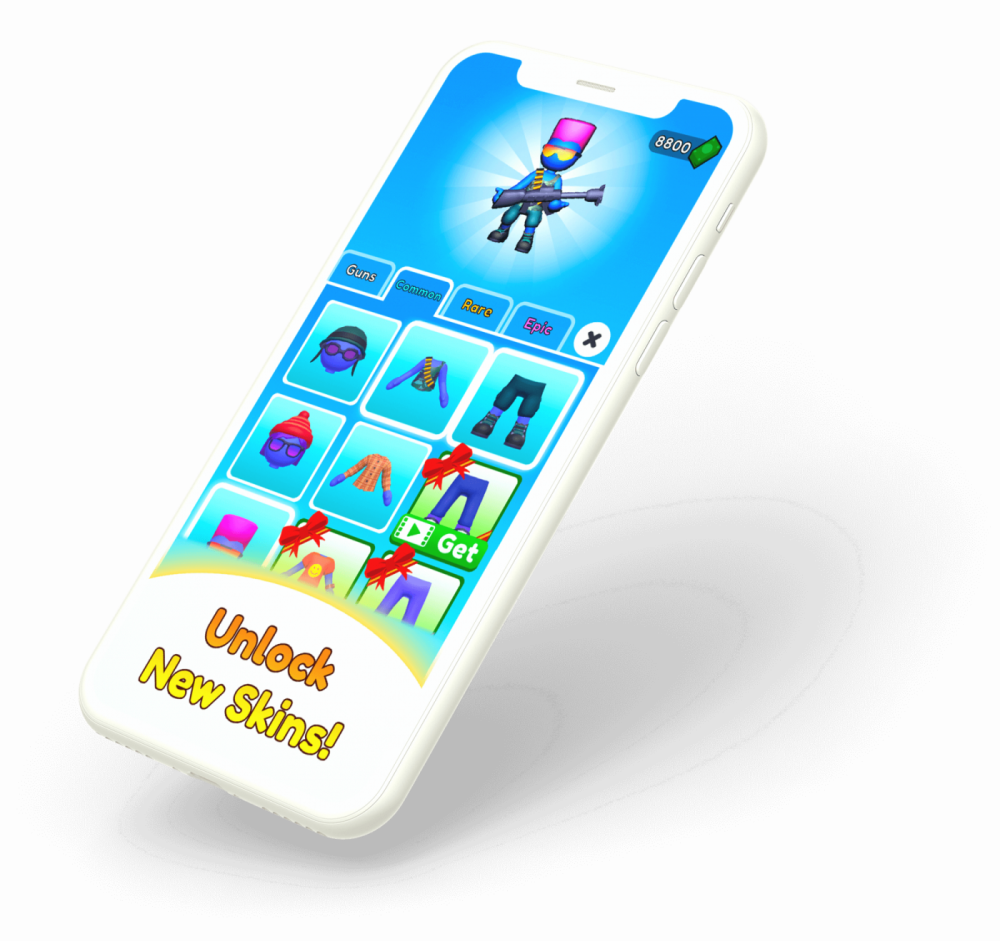 Mark Cochrane is the CEO at Lightneer, the hyper-casual studio behind the hit game Bazooka Boy. Read Mark’s story to learn how Lightneer worked with Supersonic Studios to take Bazooka Boy to the top of the charts.

Though we develop hyper-casual games at Lightneer, most of our team actually comes from the casual gaming world - many employees at Lightneer are from Rovio and other successful Finnish studios. We also differ from many indie studios because of our scale and the fact that we are VC-backed. I myself have a history in mobile gaming, starting at Vodafone in the early 2000s and then moving to PopCap Games in 2006, which was ultimately acquired by EA in 2011.

Although Lightneer’s roots are in casual gaming, we approach game development a bit differently. We’re always trying to create original game concepts and ideas, rather than putting a spin on fleeting, trending subjects like ASMR - our latest hit Bazooka Boy was inspired by Angry Birds and Worms.

At first, we tried to both develop and publish our games ourselves - we thought we had the expertise to do it. But we realised it was more difficult than we expected. We didn’t have the ability to hire an all-star growth team or build the significant technology and tool stack required at that time.

Ultimately, there are two steps in creating a hit game on mobile: step one is creating a great game, and the second step is scaling it. We weren’t succeeding at step one or step two. Our first hit, Hammer Jump, turned out to not be profitable despite early indications that it would be, and we had several data-related issues we needed to solve before we could be confident in our ability to scale.

Out of the 60 or so games we market-tested in our first 18 months in the hyper-casual categories, we had found just 2 potential hits.

So earlier this year we decided to pivot our strategy and look for mobile game publishers to focus on scaling our games so we could focus 100% on step 1: creating great games. Since we made that switch about 6 months ago, we’ve created 2 hits that have scaled into the top chart positions globally. Clearly, focusing 100% on step 1, creating great games, was the right decision.

Meeting Supersonic and seeing the potential in Bazooka Boy

We met with Supersonic, and were impressed by their track record for getting games to the top and their connection to ironSource.

Initially, we offered them three prototypes - but it was clear from the start that the prototype that would become Bazooka Boy had the most potential. Looking back, there’s a few reasons why Bazooka Boy really stands out. First, the slingshot aiming mechanic (dragging to release and shoot) is just inherently fun. Second there are multiple ways to solve a level, which give it massive replayability - players really need to put some effort into thinking what would be the best weapon and how to beat the level. Plus, there’s a sort of humour in the game that’s enjoyable, mostly because of unexpected situations - sometimes for example, you may shoot your enemy but then you die from the ricochet.

Supersonic knew they wanted to run a marketability test for Bazooka Boy but before doing that, they gave us some feedback and input to make changes to the build. For example, they suggested we alter the controls, the camera angle, and improve the animations.

Once Supersonic saw that the build (which at that point had about 10 levels) was ready for testing, they performed a CPI test. The results were incredible - specifically, the CPI came in very low at $0.15 in the US on iOS. Meanwhile, average playtime from the limited game experience was 600+ seconds. D1 retention was unusually low at around 18% but when we took the holistic view with marketability and playtime being so strong, we realised there was something here. The creatives that got the CPI so low were based on those humourous situations mentioned earlier - clearly players enjoyed them.

Seeing the potential in the results, Supersonic informed us that they wanted to move swiftly to the next stage and see if together we could improve the KPIs further, ahead of the soft launch. We were all happy with the CPI and playtime and realised through deep consultation with  Supersonic, that if we added more content, we should see a major improvement in our engagement KPIs.

From there, we moved onto the second marketability test. Now Bazooka Boy had about 50 levels. With the new content, we saw playtime doubled from 600s to more than 1200s. Similarly, D1 retention increased to over 45%. Clearly, players loved the game, and so adding more content was key in helping them come back to play again and again.

Getting ready for launch

The even higher KPIs we saw in the second test pushed the team to work even harder to get Bazooka Boy out for global launch, and quickly. Supersonic recommended we improve some of the levels and add weapons and skins. These improvements almost doubled playtime again to over 2000s and increased D1 retention to 55%.

We were confident moving into the soft launch itself, seeing that KPIs were high and stable. In fact, we understood from Supersonic that such high engagement and playtime is rare for a hyper-casual game - even our D7 playtime was upwards of 1000s. Eventually, Bazooka Boy made it to the top 10 in both app stores and is currently generating great scale and profit.

We assumed that our KPIs would take a slight hit after adding monetization elements to the game. But actually, D1 playtime was still over 1200s - which is significantly high for a hyper-casual game with ads. Though retention dropped slightly to 42%, the high playtime made up for it, pushing our ARPU D1 to more than $0.40. We continue to see players engaging with rewarded video to unlock new weapons or revive their characters.

Meanwhile, our LTV reached more than $1, which gave Supersonic an immense amount of flexibility in planning Bazooka Boy’s user acquisition strategy as well as great margin and profit numbers.

One of the most unique things working with Supersonic is the high level of transparency we get with them. They’re always sharing our LTV numbers, profit and margin, UA performance, and the highest-performing creatives on different UA channels. It truly feels like a real partnership where we’re both building the game together, and analysing the publishing numbers as well.

In fact, each Thursday, we have a weekly call with Supersonic where we discuss new ideas for creatives and levels in the game, Bazooka Boy’s performance, and new game concepts. And between those calls, we’re chatting on Slack to various contacts at Supersonic, like their monetization manager, publishing manager, UA team, and game designer. We are given access to a really broad cross-functional team with Supersonic on a weekly basis and openly share game data related to user acquisition, retention and monetization. This is a really refreshing approach that underpins the success of our partnership.