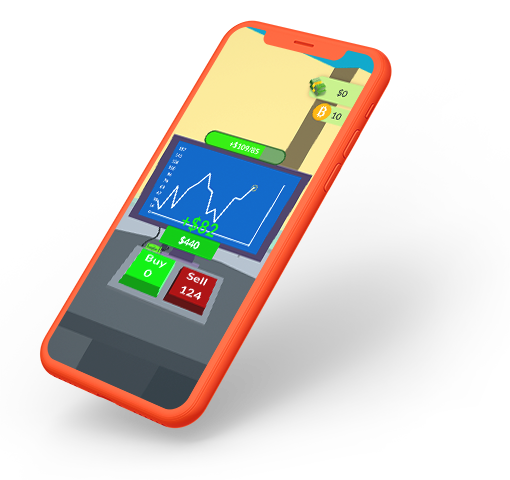 Get Rich is a hit hyper-casual simulation game from Turkish developer Murat Kul. After submitting his game’s prototype to the Supersonic Superstars competition, Murat quickly got the attention of the Supersonic team and they went on to publish Get Rich together - he also won the silver medal prize of $75K upfront minimum guarantee. Check out his story about working with Supersonic as an independent developer to grow his game and increase IPM 300% and boost ARPU 136%.

A team of one

For four years, I was teaching myself how to develop mobile games in my free time on the side of my full-time job as a civil engineer in Brazil. It’s only been the last six months that I’ve transitioned to development full time - my goal is to have a large studio and start designing midcore titles. I’ve mostly worked independently, sometimes hiring freelancers for design and illustration tasks.

When I first started designing games, I worked with a few other publishers on idle and puzzle game titles - I even published an idle game called Post Office while working on an oil rig in the Atlantic Ocean.

Get Rich was a hyper-casual concept that I submitted to the Supersonic Superstars contest, and I can confidently say its success has helped me move closer towards my goal of growing my development studio.

Showing potential with a low CPI from the start

When I came across the Supersonic Superstars competition, I knew I wanted to submit a game. I saw lots of simulation games high in the app stores charts, like painting nails or working a cash register. So I thought of a simulation game that a US audience would be interested in - that’s how I came up with the concept for Get Rich, which is based on betting on the stock market.

For the first step of the Superstars competition - the CPI video test - I sent in a simple prototype that I built in 1-2 days that just featured a trade screen. The creative immediately had a low CPI of $0.27, which caught the attention of the Supersonic team. They recognized the marketability potential of Get Rich and quickly reached out on Slack to start working together.

Building out the game and becoming a Supersonic Superstar

Together with Supersonic, we began building a full game from the prototype I submitted. Get Rich is based on mini-games, so we needed a lot of content to bulk up gameplay - in-game metrics like a playtime of 240s and 15% D1 retention also indicated that the game needed to be built out. Supersonic specifically suggested adding new mini-games, more levels, and additional features that kept users engaged, like designing an ATM in the game that players could withdraw from and having them pay taxes on their transactions every few levels.

It often took me just a matter of hours to implement Supersonic’s suggestions at the same time that their team was quick to make optimizations, which increased the speed of publishing and helped me reach my KPIs more efficiently. On the UA side, Supersonic initially continued using the video creatives I first created to submit to Supersonic Superstars because the CPI was so low. Once we built out the game further and started the soft launch stage, the team started iterating on new video creatives featuring elements like music and a 3D design.

While my quick implementation of game design recommendations was one part of the puzzle to achieving success, Supersonic’s UA, game design, and monetization expertise helped get me to the next level and enjoy amazing results:

A team effort that emphasized transparency

Working with Supersonic felt like I had a huge team on my side even though I’m just a solo developer - I talked directly with everyone on the team, from publishing and growth managers to game designers and product monetization experts. In my experience with other publishers, I communicated with just one individual, but Supersonic was a totally different experience - I saw a team that was dedicated to growing my game into a hit and would do anything to achieve that goal.

"Working with Supersonic felt like I had a huge team on my side even though I’m just a solo developer - I talked directly with everyone on the team."

Also, the transparent approach that Supersonic took started from the moment I tested Get Rich. Other publishers usually hide information and benchmarks, but Supersonic provided full access into their insights and analytics - and even now all of their data is still open to me. No matter what or when I ask, they show me the data, and that transparency is very important for both continued game growth and building a long-term, trusting relationship.