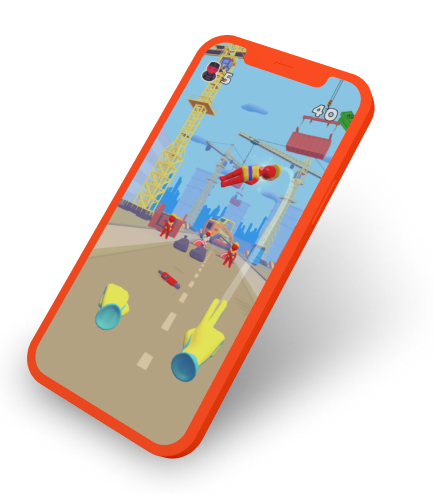 Butcher’s Games is a lean mobile game studio based in Kyrgyzstan that was founded in 2019. Their team works to create engaging hyper-casual games, and Telekinesis Quest 3D is their biggest success yet. While the game initially showed enough potential to launch under Supersonic’s automated UA activity and become profitable, continuous testing and optimization helped the game move to managed UA and scale revenue even further. 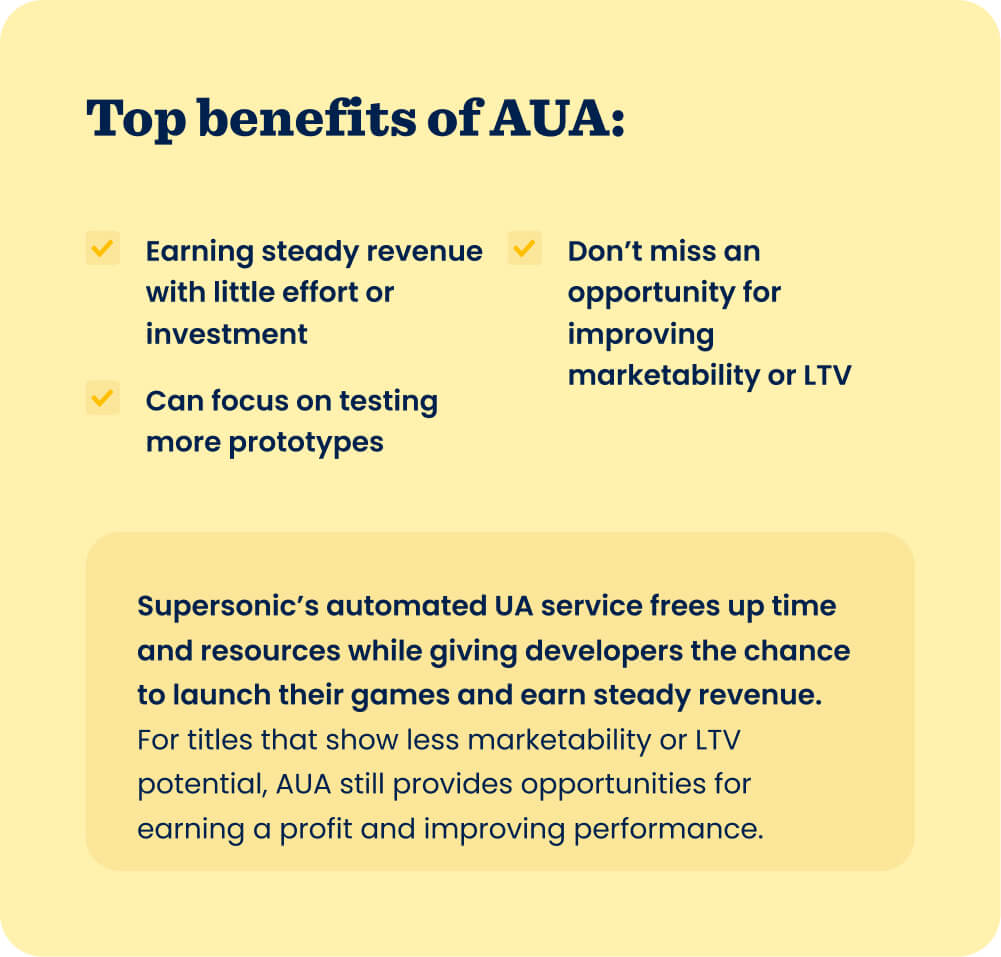 Our in-game metrics of our prototype were impressive, too:

Since our in-game KPIs proved the game had potential and our CPI was low enough to indicate we could scale profitably, we were ready to move forward and grow the game.

The entire Supersonic team helped us a lot as we built out Telekinesis Quest 3D. They even assigned us a game designer who helped rearrange levels, incorporate a system for progression, and polish the look and feel of the game.

Moving on to advanced testing, we A/B tested new features to improve in-game metrics and profitability. For example, testing out a rush mode feature, lightsabers, enemies, and new tutorials led to 14% increase in ARPU D7 and an almost 5% boost to APPU D7.

When we introduced ads at this stage, CPI began increasing, our IPM on SDK networks was very low, and other KPIs weren’t improving enough for us to move onto managed UA. The low LTV and scaling potential would usually be a sign to kill the game and move onto the next idea - but Supersonic suggested we move forward with launch using their automated UA service (AUA) because the title showed it could still earn steady revenue.

The automated UA service automatically identified the best bids on each channel to optimize ROAS. Automating this process came with multiple advantages, like:

The automated UA Optimizer identified new sources for acquiring users within our game’s genre that we could buy profitability. Since our game didn’t have high marketability on the top sources, finding the ones that had high conversion rates and attracted high-quality users helped improve performance significantly. In fact, our IPM on the ironSource network went from 7 to 44 - a 529% increase!

"Our game didn’t have high marketability on the top sources - finding the ones that had good conversion rates and attracted high-quality users helped improve performance significantly."

Despite our initial concerns around marketability potential, these results proved our game was capable of achieving greater profit and scale. As a result, we moved over to Supersonic’s managed UA to get the most out of our increased LTV potential.

Squeezing the lemon of profitability and scale

Now under managed UA,  we worked closely with the Supersonic team to scale further and improve profitability with their UA expertise and campaign adjustments.

Throughout the publishing process, we enjoyed how quickly the Supersonic team responded and provided their feedback - it helped us move more quickly and efficiently.

We also liked using the LiveGames dashboard to run A/B tests and track performance of our game as we continued to optimize even after launch. This transparency was particularly helpful while using automated UA because we could see the impact of our tests and the progress of our campaign optimizations. We’re still using the dashboard to make improvements to Telekinesis Quest 3D even as we test new game ideas on the Supersonic platform.

"Getting transparency into our game after launch was particularly helpful during AUA because we could see the impact of our tests and the progress of our campaign optimizations."

Through this process, we were able to experience the advantages of both the automated and managed UA services from Supersonic. In both approaches, we had the support of an expert team that was working for our benefit to improve the profitability of our game while giving us feedback and insights that we could use for our next titles. We’re looking forward to publishing our next game with Supersonic and continuing to work together to improve Telekinesis Quest 3D. 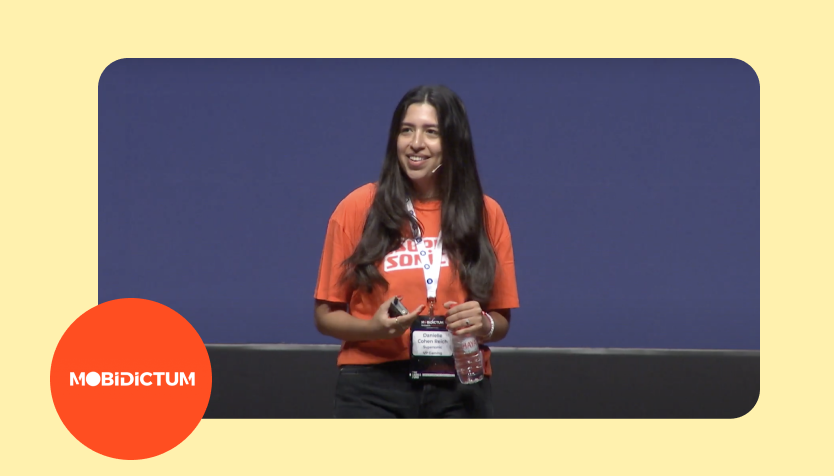 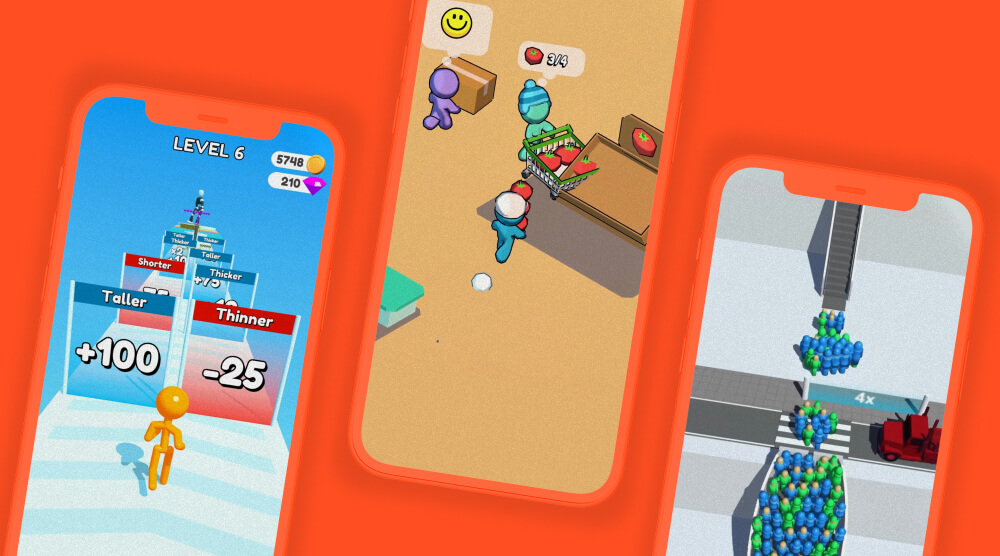