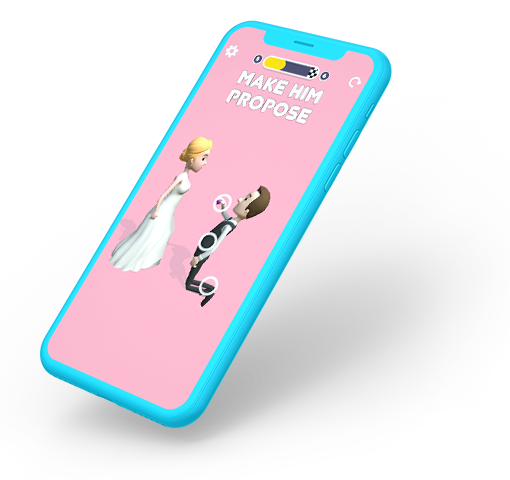 Move People is the brainchild of Paul Raubic, solo developer and founder of Pau Rau Studio. He previously self-published a successful title, Sausage Toss, that achieved over 100K installs, but Move People is his first game launch with a publisher, and it’s scaling incredibly well.

Working closely with Supersonic and maintaining a constant back-and-forth with the team, Paul grew the game into a profitable hit that reached the top 3 on both iOS and Android - and remained in the top charts even several weeks after. Here, Paul discusses his journey into hyper-casual game development and his experience collaborating with the Supersonic team to build Move People into the success it is today. 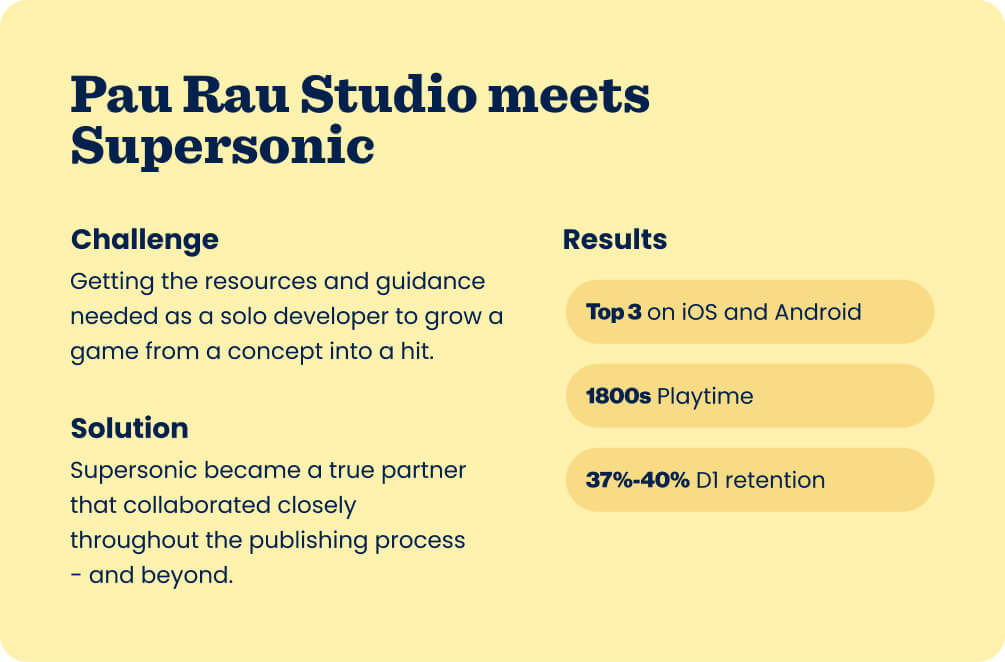 Even though I still hold a full-time job as a software developer, game development is my true passion. I’ve been developing games since middle school, starting with Flash games then eventually moving to Unity.

I started getting into hyper-casual game development about 5 years ago because as an indie developer, getting attention for a game is difficult. However, hyper-casual games are highly marketable and can attract users more easily - even if you don’t have a recognizable brand name or reputation behind you.

While tracking the games in the top hyper-casual charts, I saw there was a trend for maneuvering characters’ limbs into certain positions - they seemed to be a new type of puzzle game. I had the idea to apply this trend to a face morph game in which players match a certain expression by controlling the character’s facial features. Expanding on this, I thought that players could maneuver the full body instead of just the face, which created more options for gameplay since there are a limited number of facial expressions and emotions users can make without feeling repetitive.

From self-serve testing to a Supersonic partner

I’ve tested previous prototypes with Supersonic after another developer friend of mine introduced me to Supersonic’s self-serve testing platform. The platform was incredibly easy to use, and the Supersonic team always reached out after a test with their feedback, which is extremely rare compared to my previous experiences with other publishers. From the get-go, it was clear that Supersonic is willing to be transparent and provide assistance even at the initial prototyping phase. After I tested an early Move People prototype, they suggested I change the creative and provided recommendations on  - this brought CPI to $0.35-$0.40 and was enough to start building out the game while continuing to work on lowering CPI.

With the Supersonic team, I began building out levels, making game tweaks, and testing new creatives. We A/B tested many elements of the game, like:

Just two weeks later, we had built out 40 levels and achieved the following metrics:

Moving onto soft launch, we began A/B testing monetization, like bonus levels and interstitial timing. From game tweaks to monetization, as we tested the new feature against current gameplay, 95% of these A/B tests showed that the new feature was more successful than the control group. Supersonic constantly saw ways to optimize and improve gameplay, and players accepted and enjoyed the new elements. 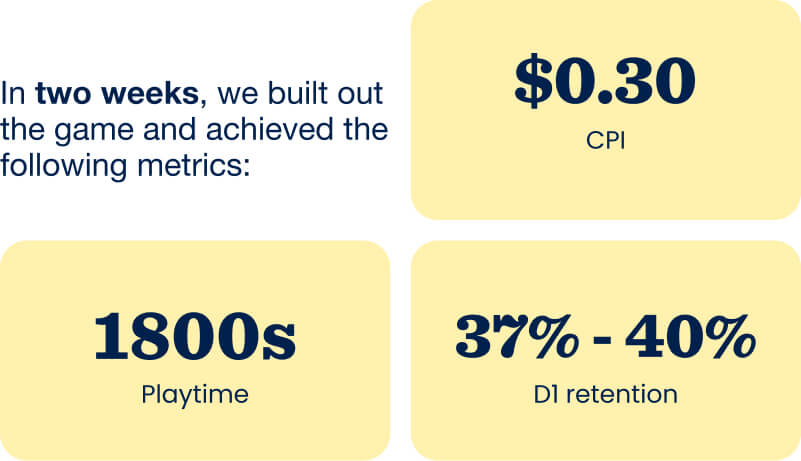 I continued to work very closely with Supersonic even after launch - in fact, the team had the idea to introduce a storyline to the game. In the narrative, users follow the love story of a young couple and play through different scenes of their relationship, sometimes completing multiple scenes within a single level. The storyline made gameplay feel more dynamic and created greater monetization opportunities. Players win gems as they play through the narrative, then watch rewarded videos to use those gems and unlock prizes. Of all ad placements within the game, these rewarded videos performed best - they had an over 2.5x higher usage rate.

On the creative side, too, I worked closely with the Supersonic team to understand what was performing well and what needed improvement. Every new level that I built, I sent a creative to the team and we iterated on it together. Such close collaboration has helped grow Move People into the hit it is today and scale profit significantly.

The best publisher in the world

"I truly believe Supersonic is the best publisher in the world - they believed in my concept and went above and beyond to grow my game."

The entire Supersonic team gave me the resources and support I needed to succeed as a solo developer. I truly believe Supersonic is the best publisher in the world - they believed in my concept even when CPI was just so-so and went above and beyond to grow my game. Along the way I’ve learned a lot, which is in large part due to their transparency and cooperation. They’ve helped me grow as a developer and set me up for success now and into the future. The Supersonic team has created magic with Move People, and I know we have more success stories on the way together. 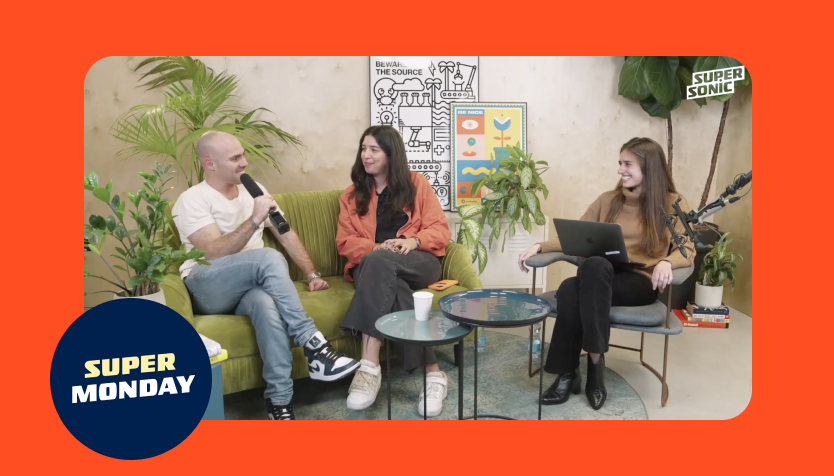